When I was low carbing I used to make Ice cream fairly often.  I used the Atkins flavorings and they worked well, that was however before I realized that spenda was going to follow in the footsteps of aspartame as the next toxic chemical.  Since it is a chlorinated product I can only assume it contributed to the thyroid issue I am recovering from now by adding to my iodine deficiency as one of the halides.  I used aspartame for years before we knew the dangers of that.  It is hard to avoid the poisons in our food even now with so much more information available to us.  When I decided I wanted to makes some ice cream with splenda free I tried various flavorings and they were all really weak.  Then I found LorAnn ice cream flavors they are sugar free and I have no idea what else is in them LOL

of the 4 flavors I’ve tried the my favorite is the red raspberry but the mint chocolate chip is really good and I liked the caramel although it is a very mild flavor.  The other one i tried was chocolate and you just really can’t go wrong with chocolate

Take the frozen raspberries out and sprinkle them well with the mix of erythritol and stevia too much stevia will be biter so only use a little.  Let them sit to start defrosting.

Liquid Mixture; mix together in a small bowl and set aside
egg yolks, vanilla, raspberry flavor, water, honey and sugar.

Whip cream with electric mixer when it is nice and thick add the liquid mixture and mix in well.  Add some of the raspberries that are defrosted so the mix is a nice raspberry color and some of the natural raspberry flavor is throughout.  If the bowl you whipped the cream in is not very large put the whole mixture into a bigger bowl and add the rest of the raspberries.  Spoon into 11 small plastic containers for individual servings and put into freezer.

I don’t have the fat count because I don’t count fats I eat only natural fats like cream, butter and extra virgin coconut oil and what is in the meat I eat so I am not concerned with my fat count.

You don’t have to use erythritol as some people avoid all sugar alcohols, this one doesn’t bother me and this ice cream is really the  only thing I use it in because it has a cool flavor that is suitable for ice cream.  Xylitol for example upsets my digestion and erythritol doesn’t.  You could use more demerata with the stevia or maple or date sugar but you would need to add those to the calorie and carb counts.

If you wanted you probably add some extra virgin coconut oil to this recipe.  I’ve never tried that.  It would raise the calorie count no doubt but no everyone needs to count calories.

How I use this blend

2 drops blend to each foot if already sick

Apply to feet for preventative in a pandemic

Rub diluted oil directly on a fungal infection of the skin

* oils that are in essential oil blend 1 also

If using lavender and geranium as separate oils

I found this recipe and adjusted it some, It called for Sorghum flour which I didn’t have and whole milk so I traded the sorghum with coconut flour and the whole milk with cream and water.  I have  not been  particularly fond of the garbanzo bean flour in some other things but you can’t taste it in this recipe  i think I would maybe trade out for more coconut flour if I were to do it again b cause bean flour gives me gas.

I haven’t done this recipe again since because I’ve been lazy so I have trying the prepackaged mixes.  The Namaste stuff is really intensely spiced.  I like to taste the pizza toppings not just the crust :-).  I tried another, I think arrowhead, that was a pain.  The last couple times I used the Bob’s red mill and it has worked well.  I cook it well done then I can freeze cooked pieces and reheat right out of the freezer for a quick meal without the crust being soggy.

This is a good recipe though I really liked it!

Topped and ready for second baking

Preheat the oven to 375 degrees

Place all the dry ingredients in the mixing bowl.
Mix warm water, sugar and yeast let sit for a couple minutes then add cream egg whites and olive oil and mix well.

Transfer dough to a sweet rice sprinkled pan or olive oil greased (my personal preference) pan. Oil hands with olive oil and press dough (which is sticky ) into the pan.

Add desired toppings and return to the oven to bake until the cheese is a golden brown. 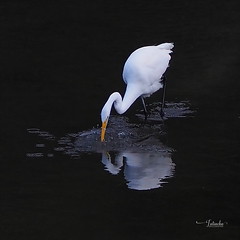 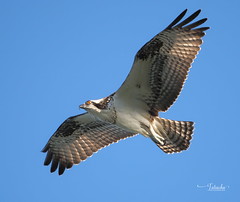