It is that time again, and like last year we have two windows with a Mercury Retrograde in the middle. To me this essentially makes it more like one window because you get your intentions out there, then get a 3 week break to back away from busy thoughts and reevaluate if you had the clarity you wanted in the first window, and come into the second window ready to make any tweaks or adjustments. The hard part, like last year these windows are long which makes it more difficult to maintain focus. Here are the dates

All times are U.S. Pacific time

If I recall correctly last year the first window was longer than the second.

This is the first in a series of Subliminals I am putting together that I am calling the Decoding the Core Series. I have used many subliminals in the past 30 years and have not been satisfied with most of them. I decided to take what I have learned and make my own series. I am using them on myself and family first and will not post a new program until I feel It has proven itself to be effective in a reasonable amount of time. This I Am Love Harmonization deals with the basics of being connected into the Universal Life Force that I call Divine Principle, which includes harmonizing with the Earth and all her species as well as all life beyond earth. Much of the discomfort we feel from day to day is getting out of harmony with the true nature of life. This focuses on that harmony with Love, Peace, Ease, Calm, Acceptance and Grace. It also deals with facing obstacles and problem solving from that place of calm peaceful love.

One family member who has really struggled with the world just being too much with him from day to day was feeling better in only 3 days of having this subliminal playing for a few hours in the background. We were both really surprised by that as it is highly unusual for a subliminal to have an effect that quickly in general, and this is an issue he has been dealing with for a very long time.

Here is a Pdf file with the details of how to use these subliminals as they contain no music https://tatiacha.files.wordpress.com/2019/11/decoding-the-core-series-subliminals-tatiacha-bhodsvatan.pdf

Trembling prisms of light
Vibrate this message to all life
We are here
At this precipice
The Major Arcana is wiped clean
The Minor sways to adjust
News laws are written
Old laws once ignored
Are now enforced with the new
Spasms of joyous waves burst forth
With the butterfly effect
They move outward and inward
All timelines
All frequencies
All dimensions
Intertwine into one grid
No veils
We are exposed
The darkness finds no hidden corners
There are no loopholes to finagle
Illumination bridges all gaps
Bends
Twists
Turns
And explores all crevices
Standing alone is the High Priestess
The Hierophant she has stripped of false witness
She has struck down The Emperor
And reprimanded The Empress for her subservience to him
She has integrated The Fool, Strength, and The Chariot
Abolished the Tower and freed the Hanged Man
The Hermit has been taken by Death
And faced down the Devil in Judgment
The Wheel of Fortune has tuned
The World has found balance once more
The Magician now her Lover
Justice and Temperance now rule
Divine feminine with Magic Masculine
Priestess and Magician embrace The Sun, The Moon and The Stars
The Kings and Queens have no kingdoms
Pages and Knights flounder with no purpose
The Wands, Cups, Swords, and Pentacles
Freed of oppression and control
Oneness is all that is
Retuned to the original four directions
Everything now is coming up Aces

When all planets are in forward motion, it is a Window of Direct Creation, a time to keep clear and focused thought on what you want for yourself and the world. These windows usually last 2-5 days and in many years there are none at all. 2019 has an extraordinarily long one 58 days and then a second one three weeks later!

I have never seen two in one year in the 30 or so years I have been paying attention. What is most interesting is they are intersected only by a retrograde of Mercury. Mercury deals with thoughts and communication. People who have resistance to going deep will have Mercury Retrograde challenges. Electronics often fail. Ever have a period where you went through multiple tires for no apparent reason? It was probably Mercury retrograde! That is because Mercury is the planet of mental activity; if we keep trying to use our brains in the same way, as usual, it just doesn’t work. We may be spacy and not as aware of our surroundings. Go into a grocery store when Mercury is retrograde and you will see people standing in the aisle as if they have no idea where they are and what they are attempting to buy. You’re are standing right there trying to get past them and they have no idea you exist, let alone that they are parked in the middle of a wide aisle blocking traffic. Speaking of traffic car accidents especially the little fender benders are more common during this time. Miscommunication and delays will be just the way it is.

When you align yourself and give over to Mercury Retrograde it becomes a time of relief, a letting go of built-up stress and the best time for resolving inner conflicts and doing meaningful meditation. Resisting what comes up to be looked at is what causes all the snafus in people’s lives. If you get into the flow of Mercury’s release, healing can be fast and deep. You start to look forward to Mercury going retrograde. You leave extra early and expect the delays. You see those people in the grocery store and smile and turn your cart and go around the long way. They are always around three weeks and happen 3-4 times a year.

For me it is like the window never closes with only a retrograde of Mercury in the middle. It is more like a pause and a gift of reflection time. It is important to keep thoughts clear and focused on what you really want to create during a Window of Direct Creation. Doing so for 58 days is very difficult! Life happens and distractions come and go. When Mercury goes retrograde we have three weeks to step back look at what we put out there during those 58 days. To assess them and take them deep inside to see if what we expressed was in alignment with our highest good. We have the gift of this time to gain clarity so that in the second window our intent is even more focused and aligned than in the first window. We have 13 days in the second window to hold true to that energetic creation, with the whole energetic of the solar system there to support us.

By the way, we will also have a total eclipse of the moon over North America in that first window. (January 20th) eclipses are like retrograde in that they will bring up issues for a resolution it will be stronger where the eclipse can be seen so those of us in N American should use this energy to help push our energies forward.

My photos are available on Fine Art America 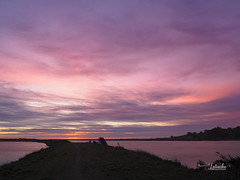 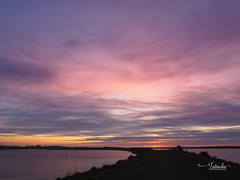 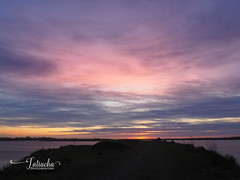 Tatiacha Bhodsvatan
Create a free website or blog at WordPress.com.